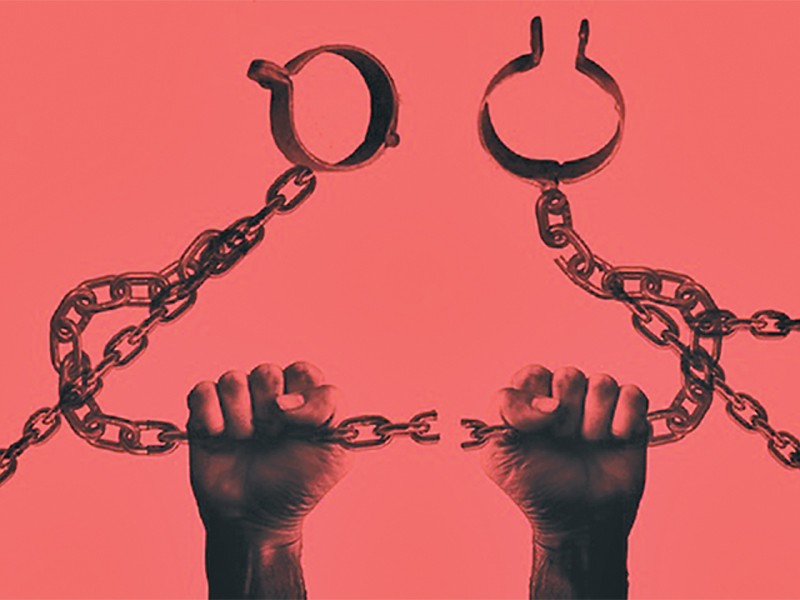 Jan 31, 2016- Nepal is a source, transit and destination country for men, women and children who are subjected to forced labour and sex trafficking. Nepali women and girls are trafficked in Nepal, India, the Middle East, other parts of Asia and sub-Saharan Africa, and forced to work in construction, factories, mines and the adult entertainment industry and as domestic help and beggars. Human trafficking is regarded as a kind of international terrorism. It is the second largest crime in the world after drugs and arms trafficking, and experts have called for holistic legislation to deal with its increasing incidence.

According to the United Nations Office on Drugs and Crime, approximately 150,000 people are trafficked within South Asia annually, making it the second largest region in human trafficking after Southeast Asia. The International Labour Organisation estimates that the average profits generated from trafficked forced labour are as high as $32 billion a year, and are linked to other organised crimes like human smuggling, drug trafficking and money laundering. The United Nations Population Fund reports that between 600,000 and 800,000 women, men and children are trafficked across international borders each year. Among them, a majority are girls and women, and more than 50 percent
are children.

Situation in Nepal
It is estimated that every year, between 5,000 to 10,000 Nepali women and girls are trafficked to India for the purpose of commercial sexual exploitation. According to another estimate, between 40,000 and 200,000 women and girls from Nepal are working in brothels in various cities in India. Nepal has been classified as a Tier 2 country by a US State Department report, which means that the country’s laws against human trafficking are less than satisfactory. Unicef reports that as many as 7,000 women and girls are trafficked out of Nepal to India every year, and around 200,000 are now working in Indian brothels. Most girls trafficked are from very poor families and villages where they or their families are lured by false marriages or promises of employment or education.

A woman, now 31, was married off when she was 14 in exchange for money. Within a week of her marriage, her “husband” sold her again to a brothel in Delhi, where she worked for several years. She gave birth to five children, all of whom were sent back to Nepal. She was told that all her children had been adopted by foster parents. She subsequently returned to Nepal and has been looking for her children since, but there is no sign of them or their foster parents. Likewise, Maya, 34, was married off at the age of 14 and was trafficked to an Indian brothel which was a nightmare beyond her imagination. She was living in a hell, unable to leave, starved, beaten and repeatedly and viciously abused. Maya escaped from the brothel, but like many young trafficked girls, she returned home only to face great shame and disgrace.

Lack of knowledge about the phenomenon is the basic reason behind the menace that takes place in the name of migration for a brighter future. The situation has worsened after the massive earthquake that hit Nepal on April 25, 2015. A study reveals that 133 families have haphazardly migrated to India, possibly putting women and children at high risk. In the absence of economic opportunities, they will be vulnerable to sexual violence and trafficking. Demand for cheap labour in the destination countries is a major driving force; but lack of employment in Nepal, political instability and low levels of education and awareness are equally responsible. At present, Nepal is facing a political and economic crisis. This has forced people to migrate; and unfortunately, many get into illegal activities.

Helping hands
There are international non-governmental organisations (INGOs) and non-governmental organisations (NGOs) in Nepal working to combat trafficking. Some of the more well-known ones are AWO International, National Network Against Girl Trafficking and Shakti Samuha. Maiti Nepal’s trailblazing work in conducting surveillance of the border crossings between Nepal and India has saved hundreds of women from being trafficked. “I want a society free of human trafficking,” says Anuradha Koirala, the founder of Maiti Nepal. It is a shelter and home for Nepali girls and women who are victims of domestic violence, trafficking and sexual exploitation.

Shakti Samuha was established by survivors of trafficking. In 1996, Indian police had rescued 500 girls and women from slavery in brothels during widespread raids. Among them, 128 were Nepali girls and women. The Nepali government was reluctant to bring them back to Nepal, claiming they would bring HIV into the country. In the absence of government support, several NGOs took the lead in returning and rehabilitating the girls, but they did not help to restore their self-esteem and basic human rights. The women then felt it was time to claim their rights, so they set up Shakti Samuha.

More to do
Meanwhile, the government has also been making efforts to curb human trafficking; however, more vigilance is required. The authorities concerned such as the Ministry of Women, Children and Social Welfare and the Nepal Police should coordinate with INGOs and NGOs working in this sector and make a combined effort to tackle this menace. The government should also conduct campaigns to make people aware about trafficking, especially in rural areas. Women should be given higher priority when providing information regarding foreign employment.

There is a greater need to increase law enforcement efforts against all forms of trafficking and against officials involved in trafficking-related crimes. The Indian government also needs to tighten security along the India-Nepal border. Most of the women and children trafficked out of Nepal are taken to India; and without scrutiny, their number is likely to increase dramatically. It is not easy to police a 1,600-km-long border, but many charities working in the area have been lobbying the Indian government to do more. Nepal is not alone in facing the menace of human trafficking; it is a global phenomenon. Slavery has a history dating back thousands of years. Slaves have always been subjected to physical exploitation that included forced labour, domestic slavery and forced begging, and most dominantly, sexual exploitation. This does not only affect the people; the whole country suffers. So the situation calls for a combined effort.

Maheshwori holds an MBA from Ace Institute of Management